Crowdfunding has the potential to drive a project, build a business, and make dreams come true. If traditional financing options aren't the right route for your project, crowdfunding might be the way to go. From showing off your business strategy to telling the whole story to funders, these actionable tips propel your project forward.

A person reading about your project needs to know right away exactly what your project is, who the team behind the project is, and why to care about this idea. The first sentence of your summary should get straight to the point while also attracting the attention of potential investors or donors.

A great example of a first sentence is, "Save time and eat better when you use this simple tool to plan creative meals for the whole week." This quote is from the "What's For Dinner Notepad" campaign which is funded at over 500% of its goal. This example stands out because it is to the point, descriptive, and leaves the reader wanting to know more.

Pro Tip: Have friends, family, and coworkers read the first sentence of your summary and review it - then ask for their feedback. This tip applies to every single campaign.

2. Build a Digital Presence Before Launching

People interested in funding your company or project will want to be able keep up with you easily, so it's important to establish a digital presence before launching your crowdfunding campaign. Potential investors or donors will want to know your project and business idea are reliable, and digital media can provide a great way to convey this information. Additionally, a digital presence can help keeps customers involved in your business or project.

A professionally designed website and/or a strong social media presence are needed to propel funding and push loyalty. In a study conducted by the University of Southern California, "62% of millennials report brand engagement is more likely to make them a loyal customer." Loyalty is essential because it keeps people interested in your project as it progresses. When you have a loyal following, the potential to get shares and additional followers increases and future needs may already be partially met thanks to return donations.

Pro Tip: At the very least, establish a social media presence for your business while you get the money for your site. This tip applies to every campaign type, especially products, design ideas, and new technology.

3. Make Use of Your Community and Target Market

Before you officially launch a campaign, do your best to make sure you are presenting an idea worth bringing forward. According to Harvard Business Review's Ethan Mollick, "creators can directly reach out to customers and communities to refine ideas and gauge interest." You can leverage existing supporters, such as those who are following your digital presence, to help with this.

The Oculus Rift, one of the most popular virtual reality (VR) products on the market, took off because of a well-thought out idea was placed on a crowdfunding platform. It raised $2.5 million. Prior to seeking funding, the inventor of the idea actively posted on virtual reality platforms and message boards to get input from active members of the VR community. Then, he posted his Kickstarter campaign with a complete idea already considered. In 2014, Oculus Rift was purchased by Facebook for $2 billion.

Pro Tip: Survey as many people as possible and truly listen to their ideas. They are your future customers! This tip applies to both consumer products and business ideas.

Some of the most funded projects on crowdfunding sites are highly technical ideas. Just because the average person cannot make the technology doesn't mean you can't help them understand it. For example, on Indiegogo there is an "energy and green tech" category. The successful projects are explained well, like Solar Roadways which says "solar panels that you can drive, park, and walk on. They melt snow and cut greenhouse gases by 75%?!!!" While this complex project has the potential to confuse, the description says it all.

Pro Tip: Pretend like you are explaining the project to a young person or someone with no experience in the field. This tip applies especially to technical campaigns.

You're going to need to eat, breathe, and live the name of your project for years to come so you need to love it. The most-backed board game Kickstarter project of all time is Exploding Kittens. Don't you want to know more about this project just because of its name? This card game for all ages has an amazing name you won't forget anytime soon.

Pro Tip: Just like you did with your summary's first sentence, test out names with friends and family. Creativity is key! Talk about names casually and you just might come across the perfect idea.

6. Include Video of Your Project Idea 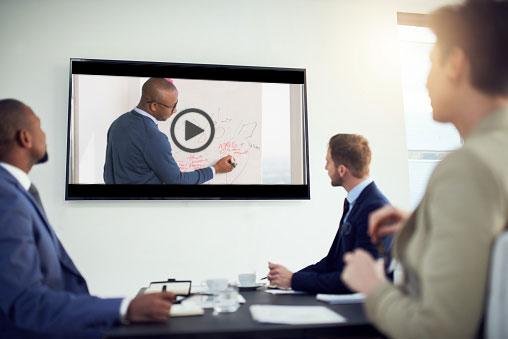 Video costs money, but the cost pays off. According to Adobe, shoppers who view video are "1.81 times more likely to purchase than non-viewers." Especially with novel ideas and projects, you will want to include the viewer in your story - and video provides an ideal way to do this. If video is not an option, get digital renderings, introduce yourself to the camera, and discuss your story honestly.

Pro Tip: Work on your video until it is exactly what you want. The viewer sees right through substandard quality. This tip applies to every project type.

In the world of crowdfunding, there are two types of funding. Donation-based funding occurs when a reward is given to supporter. Investment or equity-based funding sells ownership in a business idea in exchange for funding. Check out projects like yours, or at least in your industry, to see what is being offered by others. Backers are more likely to give when interested in what you are providing.

In a study, incentives were identified as a key element of success in a crowdfunding campaign. Aside from equity in a business, common incentives include everything from a purchase of a product, a limited edition of a product, a signed copy of whatever is being created, early access to purchasing, and even a logo or sticker for a business.

Pro Tip: Research campaigns for ideas similar to yours, or at least in your industry, to find the right incentive choice. As a general rule, a product-based idea should always give rewards.

Certain platforms are based on the 'all-or-nothing' model, which means that none of the money is awarded if a project does not get fully funded. Be honest in calculating the expenses you'll have, but don't inflate costs with potentials and hypotheticals. Instead, keep the amount you are seeking as low as possible. This increases your chances of getting your project crowdfunded, as the threshold for full funding is lower.

Pro Tip: Run your estimate like you would a business. If you have to, get a financial professional to look over your projected expenses to see where the fat can be trimmed. This tip applies to all campaign categories.

Crowdfunding is a popular way to raise funds for projects. According to Kickstarter, their numbers were higher than ever in 2016. In 2016, funding for fashion, food, and publishing projects each surpassed $100 million. Funding from projects created more than 300,000 jobs, 19 Kickstarter films made it to Tribeca Film Festival, four Grammy nominations occurred, and three inventions made is to Time Magazine's best inventions of the year.

Get Started With These Tips

Implement these valuable tips when running a crowdfunding campaign for your next big idea. Whether you use Indiegogo, Kickstarter, or another platform, your success depends on how you present your idea. No matter the industry, your campaign should incentivize backers, have a good name, and be explained clearly in both words and video. Don't forget to involve your community and make sure you have an online presence for followers to visit. With these tips put in place, your project just might take off.

0
Comments
© 2006-2021 LoveToKnow, Corp., except where otherwise noted. All Rights Reserved.
Tips for Successfully Crowdfunding Your Project