From the Industrial Revolution to the advent of the BlackBerry, technology has always played a prominent role in moving the business world forward. Whether you run a humble startup or you work for a multinational corporation, it is critical to stay on top of the hottest emerging trends in business technology.

A substantial cost consideration for any business involved in manufacturing and product development is the creation of viable prototypes. Traditionally, this meant sending off specific design schematics to a factory to produce a one-off prototype. Any subsequent changes and revisions would require going through this time-consuming and expensive process again and again. 3D printers are changing that dynamic.

By outputting a design through a 3D printer, companies can have a physical model of the future product in a matter of minutes rather than days, weeks, or even months. This rapid prototyping dramatically expedites the design and production process, meaning the time to market is also dramatically reduced.

A survey conducted by Gartner reveals that nearly half of manufacturers in consumer, heavy industry and life sciences will be utilizing 3D printing by 2018. This has ramifications across a number of industries, including healthcare, significantly reducing costs too. And it's not just plastic either, as 3D metal printing is going mainstream, as well as other material possibilities. 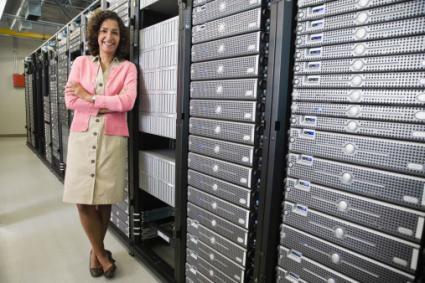 Blockchain technology is what enables cryptocurrencies like Bitcoin and Ethereum to exist in the first place. While there is certainly a lot of excitement surrounding how much money can be made from investing in Bitcoin or from "mining" it, the underlying blockchain technology could have far-reaching ramifications on how business is conducted now and into the future.

With the blockchain, encrypted digital information can be distributed among a vast network of computers. It cannot be altered by any single individual or terminal; instead, transactions are simply amended to the digital ledger, the backbone of which is then validated by all the other computers in the distributed network.

It's true that the volatility of Bitcoin may make it inappropriate for day-to-day business operations. However, the potential of the underpinning blockchain technology, implemented in different ways, could lead to faster transactions and greater transparency, as well as lower costs for warehousing data. Instead of waiting days or weeks for an international wire transfer that must work its way through the banking system, the transaction can be entered, validated and completed almost instantaneously.

When most people think about the Internet of Things, they generally gravitate toward consumer-oriented devices, like smart home devices and Internet-enabled appliances. And while smart refrigerators, Wi-Fi smart plugs and voice-activated smart speakers have certainly exerted an impact on the homes of consumers, businesses can also leverage this technology for tremendous benefit too.

In a white paper on "driving real-time insight," Oracle describes how "big data" and the Internet of Things can be combined to increase efficiency. One example given is how a courier service could monitor data surrounding its vehicles and drivers, tracking the routes used and fuel consumed, analyzing this data to arrive at more efficient routes and improved performance.

The widespread adoption of connected devices and the Internet of Things will also enable improved remote work possibilities, as employees can tap into remote locations and infrastructure without needing to be physically present. The smart home is extended to the smart office, the smart warehouse, the smart retail front, and beyond.

The Future of Business Technology

Just as e-mail and cloud computing completely revolutionized the world of work, the growing adoption of 3D printing, blockchain technology and the Internet of Things will continue to shape how business is conducted now and in the future. The pace of development is faster than ever before and you don't want your company to be left behind with outdated technology and practices.