There is not just one right way to lead, so it stands to reason that there are multiple leadership styles. Whatever your natural tendencies are as a leader, you may often find yourself adapting your approach to meet the needs of a particular individual or situation. It's beneficial for everyone who holds a leadership role - whether formal or informal - to be knowledgeable about various leadership styles.

As a leader, you may naturally gravitate toward a particular style, but the reality is that to be effective, you may have to adjust your approach depending on what is works best with particular employees on your team, or what is required within (or best suited for) your organization.

Tech Republic describes autocratic leadership as a "style in which the manager retains as much power and decision-making authority as possible," going so far as to saay it is an "old-fashioned" approach. This style is also sometimes referred to as an authoritarian style and is likely to come most naturally to leaders who tend to be very direct, to-the-point, and focused on results.

This approach can lead to fast decisions and consistent results, but employees who work under an autocratic leader may not feel their opinions are valued, and they are not likely to feel a strong sense of engagement or ownership in their work. It is not generally considered to be a best practice in the modern business world as the focus is on doing what the boss says rather than encouraging employee involvement and input. However, this approach can, in some cases, be effective.

Participative leadership can be described as an approach in which leaders "invite employees to take a part in organizational decision-making," according to Psychologia.co. Leaders who utilize this style encourage employees to get involved (i.e., participate in) the decision-making process. As Harvard Business Review (HBR) points out, though, the concept of participative leadership is "vague."

HRB states, "To some, it means group decision making; to others, it is mutual goal setting; and to still others, it implies listening more and talking less." The common element with all of these perceptions is participation, so that is a defining characteristic of this style and clearly delineates it from the autocratic style. This approach will come most naturally to team-oriented leaders who truly value the input of others.

With this approach, which is sometimes referred to as democratic or diplomatic leadership, employees may feel valued and have higher levels of buy-in and commitment, but it is not without its drawbacks. According to Psychologia.com, this approach may contribute to a lack of efficiency, slow decision-making, and increased costs.

Transformational leadership is an approach focused on bringing about positive change, both with the people they lead and their overall organizations, depending on the nature of their role. As Forbes states, transformational leaders "possess the ability to create big shifts in their audiences' thinking, which leads to big shifts in their behavior, which enables them to achieve extraordinary results." CIO.com points out that leaders with this style are driven by a vision focused on "the common good or what's in the best interests of the stakeholders."

According to MindTools, the foundation of this leadership style is "integrity and fairness." Leaders with this style establish goals that are clear, maintain high expectations, and focus on encouraging and supporting team members while also recognizing their achievements. They are able to influence and inspire others to do great things as well as to do what's right, focusing on the big picture rather than just their own self-interest.

This approach comes most naturally to people who are charismatic, strategic-minded thinkers who are able to craft an exciting vision and generate enthusiasm for it. Potential drawbacks can occur if the leader doesn't take into consideration what motivates individual team members and how to keep people moving toward the goal once initial inspiration starts to fade. Additionally, because transformational leaders tend to be very influential, problems can develop if they use that influence improperly. 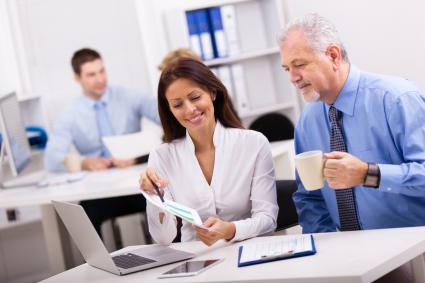 Servant leaders recognize their first priority is to serve the needs of those they lead, so they put the needs of their employees before their own. According to the Center for Servant Leadership, a servant leader "puts the needs of others first and helps people develop and perform as highly as possible." According to ChangingMinds.org, this approach to leadership assumes "the leader has responsibility for the followers" (as well as the larger organization and society as a whole), and that "people who want to help others best do this by leading them."

According to I/O at Work, a key benefit of this approach is it can help foster employee identification, which is "the extent to which the employees view themselves as part of the organization and the extent to which they see the organization they work for as an important part of their life." It can also lead to developing an organizational culture defined by service, where team members focus on prioritizing the needs of others - from their coworkers to their customers.

This approach comes most naturally to people who focus on putting the needs of others before their own and can do so in a way that makes it possible for people and organizations to succeed. It is appropriate when your long-term goal is to build a service culture but is not something that you can do to accomplish short-term objectives. It is also much more low-key than other leadership styles, which, some may see as "boring," according to Steve Denning's blog, The Leader's Guide to Radical Management.

According to Vocabulary.com, the phrase laissez-faire means "leave it alone," and that's exactly what leaders who subscribe to this style do. VeryWell.com notes leaders with a laissez-faire style "are hands-off and allow group members to make the decisions." This approach is also sometimes referred to as a delegative leadership style.

Laissez-faire leaders ensure team members have the resources necessary to do their work, but otherwise just back off and let them work. Of course, leaders are still accountable for the work of the team, but the employees are expected to make decisions and solve problems on their own. This style will come most naturally to leaders who are comfortable relinquishing control, and who see their role as a facilitator's position rather than as a task-master. When using this style, leaders have to be careful to avoid being viewed as disconnected and uncaring.

This approach is common in organizations that have self-directed work teams and is also sometimes utilized in highly creative fields or situations where leaders may oversee people who have more expertise related to the work than they do. It only works with commitment from the highest levels of management and in teams where there is a very high level of trust and employees are highly skilled and comfortable with autonomy. When this is not the case, all kinds of problems can develop, from missed goals and poor work to a lack of team cohesiveness.

There are many different ways to approach leadership, and successful leaders are able exhibit a blend of leadership styles, adapting as needed to get the results they need. As stated on The Wall Street Journal's website (WSJ.com), "Leadership is less about your needs, and more about the needs of the people and the organization you are leading." That's why ongoing leadership development is important at every stage of a leader's career.