According to Investopedia, "crowdfunding is the use of small amounts of capital from a larger number of individuals" to meet funding needs. Through crowdfunding platforms, current or prospective entrepreneurs can create a campaign, set a fundraising goal, share an enticing pitch and offer incentives in hopes of winning over backers for a business venture or project.

The History of Crowdfunding

The crowdfunding concept got its start in 1997 with a campaign for a reunion tour for a British rock band, notes Fundable. Additional highlights on the evolution of crowdfunding (per Fundable) include:

Some of the most successful crowdfunding campaigns of all time include:

How to Raise Money Through Crowdfunding

To successfully launch a crowdfunding effort, Entrepreneur.com recommends that you take the following steps:

You need to be able to share your story in a way that will pull the heartstrings of prospective backers. Get personal and explain why their investment matters and the impact it could have on the masses.

You should offer backers a token of appreciation in exchange for their contribution if your campaign is successful. The incentives you offer should make it worthwhile for people to donate. You could use an actual prototype of the product or another smaller gift, though the incentives should increase with the contribution levels.

Your funding goal should be realistic, but don't shortchange yourself. Otherwise, you could find yourself back at square one if you have to use all the proceeds to satisfy the obligations you have to the backers.

Unless you have a brilliant idea that spreads like wildfire on day one, you'll need to do the legwork to get the campaign in front of those who support your mission. Notify your email subscribers, post to social media and tell everyone you know about your campaign. The more eyes, the better.

How's the campaign working out for you? Track progress and share details with those who have supported your efforts. Backers want to know, so keep them in the loop as often as possible.

6. Make Good on Your Promises

If you meet your funding goal, be sure to deliver the rewards you promised to campaign backers in exchange for their contribution to your cause. Additionally, be sure to solicit feedback from those who support your cause. This can help you stay tuned in to what supporters want to keep them engaged and help you make plans for future success.

There are numerous options for crowdfunding platforms. Check each one out to find the right community market for your project or idea. 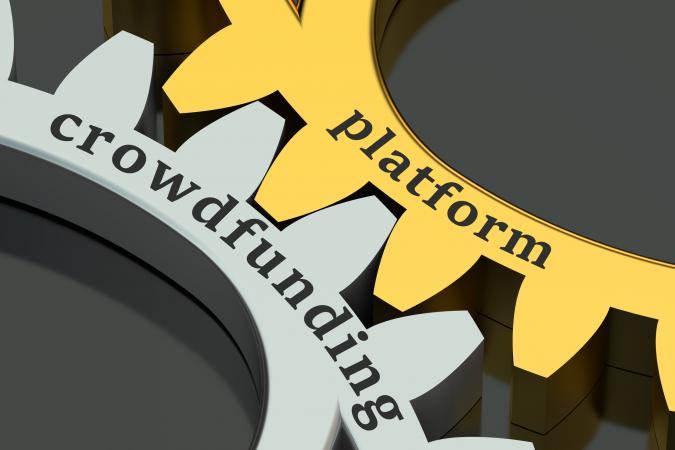 Crowdfunding can be an integral component of the research and development phase of product development. If you're distributing samples of your product exchange for donations, their effectiveness and quality can be evaluated through investor feedback before the formal introduction to market.

This concept is known as market validation and can provide insight into whether or not the everyday consumer who knows nothing about you or your business would be willing to make a purchase, notes BigCommerce.

As previously mentioned, crowdfunding is a great way to raise money to fund your idea. It can be much safer to pool funds from a group of backers than to wipe out your bank account to fund a business or project idea. Beyond the reward backers are promised for their donations, you're not on the hook for the anything else if the idea flops.

Unfortunately, crowdfunding is also accompanied by a few important drawbacks:

According to BigCommerce, roughly 60 percent of crowdfunded campaigns don't get funded and 50 percent of those that raise funds only meet ten percent of their goal. Missing your goal can be a tough pill to swallow, so be prepared to work hard to pull off a successful crowdfunding campaign.

What happens if your crowdfunding campaign is way more successful than projected? It's a good problem to have, but you can be placed in a bind if you don't have the resources to deliver on the reward promised to backers.

There is no fee to launch a crowdfunding campaign. However, most platforms will keep a percentage of the earnings. "A common fee structure is 5% for the platform and 3 to 5% for payment processing," says Investopedia.

Is Crowdfunding Ideal for Your Project?

Several factors impact whether crowdfunding may be ideal for your project. A few integral questions to consider include:

The most successful projects are a success because the people seeking the funds are ready to put in sweat equity. Before the official launch of your campaign, be sure to get a thorough understanding of crowdfunding and what it entails. By being proactive and preparing yourself for the challenge that lies ahead, you'll be in the best position to unveil, promote and successfully raise funds for your new business venture or project through crowdfunding.

0
Comments
© 2006-2020 LoveToKnow, Corp., except where otherwise noted. All Rights Reserved.
Resources, Advice & Tips for Covid-19
Read More
What Is Crowdfunding?